TUNE IN FOR MY SHORT BEATS COLLECTION. LO-FI,OLD SCHOOL,CHILLHOP AND DISCO FUNK ARE ALL PART OF THIS ALL OUT BEAT COLLECTION. HIT THE PLAY BUTTON TO THE LEFT UNDER MUSIC AND START LISTENING.

““Music gives soul to the universe, wings to the mind, flight to the imagination and life to everything.” ―”

DJ Rick Reed (born R.C.Spears) is an American underground beat maker, composer and music producer. He has worked with popular music publisher and producer Jack D. Elliot, and his beats have been used on the TV show One Man Army.  DJ Rick Reed loves the freedom of being an Independent music producer, allowing him to create the kind of music he likes without being dictated by the record label – and he exploits that freedom to the hilt, producing a variety of styles of Instrumental Hip Hop that includes West Coast, R&B, Underground, Electronic, and Old School.
Always a laid-back kind of person, DJ Rick Reed has been listening to music since he was a kid, especially lots of hip hop.  Raised in Fayetteville, NC, he played drums in the high school band.  He also took some piano lessons.  After high school, he moved to New York, where he has lived ever since.
For nearly 2 decades, he worked in the stock market, but his passion for music, especially hip hop simmered within him.  He dreamed of becoming a music producer and finally decided to take classes at the Center for the Media Arts to learn how to produce music.  After graduating, he pursued getting a job working in a studio, but instead he got a job selling studio equipment to studios.
He wanted to produce his own music, and started working on his own beats.  He also recorded a live band at a club.  DJ Rick Reed has become fanatical about perfecting his craft.  He attended Recording Connection, receiving certification in Audio Engineering and Music Production.  "Once I get my mind set on something, I work on it – I work hard on it. "  Utilizing a Yamaha S103, M Audio Venom Synthesizer, ProTools to lay his tracks down, and Samples, he placed his beats on radioairplay.com, where he began building his fan base – to date it has generated over 1600 fans and numerous positive comments about his music.  He also entered beat battles on RocBattle.com that reveal his remarkable versatility from West Coast hip hop to electronic to R&B to hardcore hip hop.
DJ Rick Reed soon hooked up with independent music publisher Jack D. Elliot to do 2 beats on the Discovery Channel TV show One Man Army. The Beat Lab Masters, a CD of instrumental hip hop in styles that include old school, west coast, hard core hip hop, and jazz beats. Released in March 2017, the CD was placed on Internet music stores and promoted through college radio and other venues. DJ Rick Reed's new single "Rest Stop" is available now on all major platforms. "Rest Stop" provides a funky disco groove that will get you out on the dance floor moving and grooving.
DJ Rick Reed enjoys life and gets tremendous joy in producing music of all sorts that people relate to, and he looks forward to becoming a successful music producer to bring that joy to the world.

Self portrait and music gallery

Bandzoogle's Music feature allows you to sell your albums and tracks - and we never take a percentage of your sales. Choose from set prices, free downloads, or even give away a track in exchange for a mailing list signup! 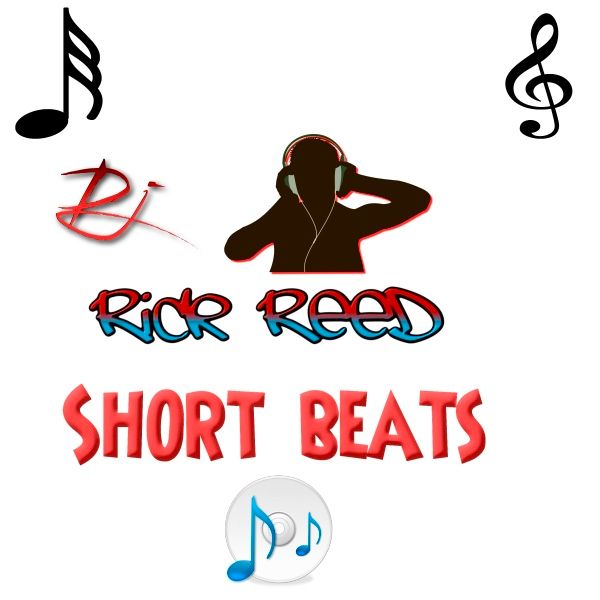